Open all year round

De Boersberg is one of the highest points of the lateral moraine. At the beginning of the 17th century there were already farms at the foot of the Boersberg. There were three elevated fields. In Dutch they are called Enken or Essen These fields were so high, because the farmers constantly covered them with sods, especially deep manure.

The farm was built in 1879, this is also indicated on the façade. The order for the construction came from Baron van Brakell (owner of the Doorwerth Castle at the time). The farm is a kind of hall house type, a vernacular house which is very common in large parts of the Netherlands. A highly visible feature of a hall house is the long roof. Which is why the side of the farmhouse is quite low to the ground. The farm was badly damaged in the 2nd World War, but was restored. From 1930 the dairy farm has been occupied by the Schouten family.

In 1958 the first tent was placed in the yard, behind the barn, against the edge of the forest. People enjoyed the peace and the landscape. Because of its popularity, it was soon decided to build a pitch. This is the origin of SVR-camping “de Boersberg”.

At the end of the sixties the first groups were welcomed. In spring the cows went out into the meadow and the school children spent the night in the stable and in the hay barn. This is the origin of group accommodation “de Boersberg”.

In the meantime the company has grown into a modern dairy farm with 250 head of cattle and over 100 hectares of land. The campsite is popular and offers 45 touring pitches. Both young and old amuse themselves here. “De Boersberg” is surrounded by beautiful forests and there are many walking- and cycling paths.

The campsite is a popular holiday destination for young families and seniors. Thanks to facilities like a playground and go-karts, children will amuse themselves for hours. In case of bad weather, the play loft is a perfect place to stay. Pets are allowed, provided they are kept on a leash.

Camping de Boersberg is connected to the Free Recreation Foundation (in Dutch: SVR). 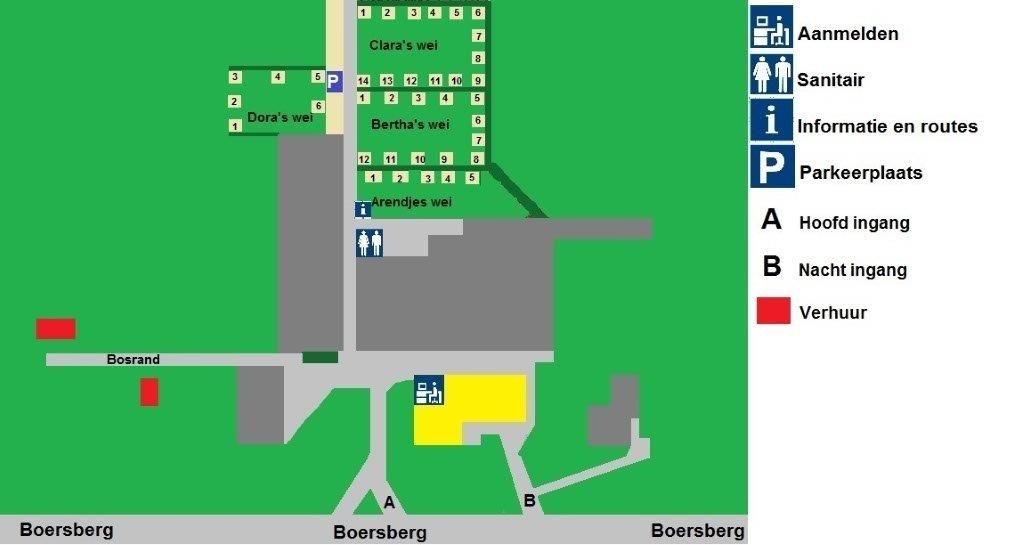